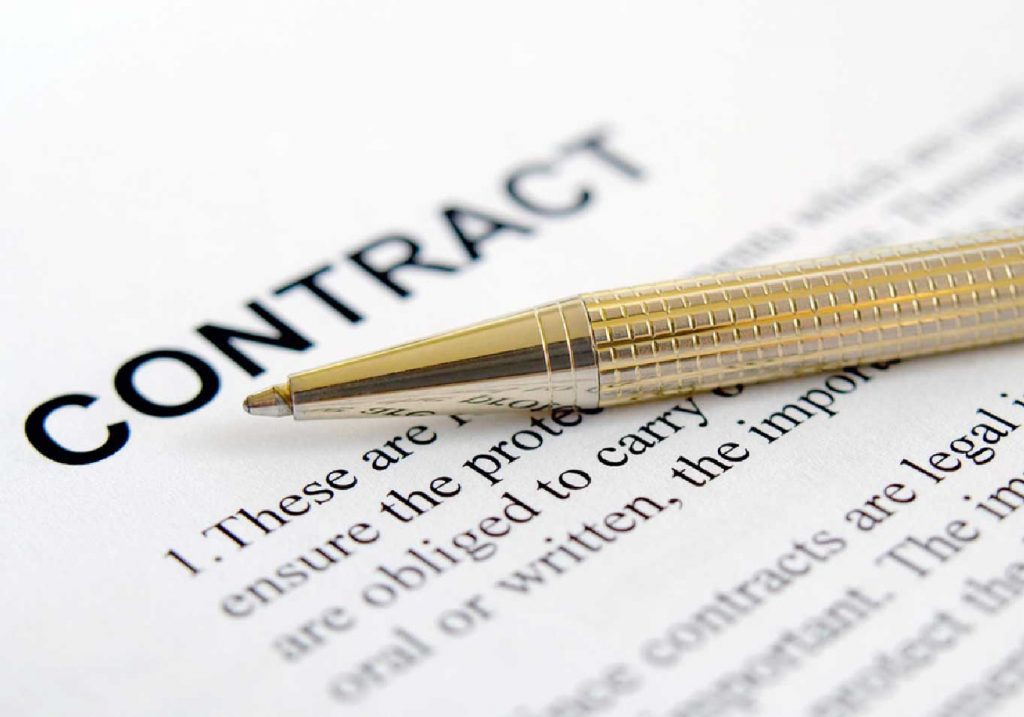 RISKS RELATED TO A PROJECT AND MITIGATION THROUGH A CONTRACT

It is advisable that parties entering into any significant financial transaction should have a written contract. When we consider a Construction project, it involves various stakeholders / parties like Owner, Architect, Consultants, Contractors, and Suppliers etc.
Each stakeholder has defined roles & responsibilities and performance of the stakeholders results into realization of the Construction Project. The performance of these stakeholders depends on various internal as well as external factors, which in turn, result into success or failure of the project. Thus, a construction project is a complex system formed by various stakeholders and their respective deliverables involving a fair amount of responsibilities coupled with financial and performance-related risks.
Once two parties agree to have construction work performed and the contractor commences the work, there is a construction contract that comes into being, regardless of whether the agreement has been formed in writing and signed by both parties. But imagine the amount of risk that the individual parties to the contract carry in the absence of any clear outline of the roles, responsibilities, and their contractual rights.
If we assume and agree that the performance of individual stakeholder is going to affect the success / failure of the project, isn’t it necessary to clearly define the roles, responsibilities, and expectations of each stakeholder? Therefore, the first risk is not to have a good contract agreement!!
The predominant goal during discussions/negotiations between the parties is to create a contract that unambiguously expresses the parties’ intentions, which is founded on reasonable and realistic expectations and which integrates motivations for cooperation and performance.
While the owners expect their projects to be built, completed and to be fully functional on time and under or within the budget, the contractors expect to make a reasonable profit. The contract contains the contractor’s accountability, risk assumption, indemnity and responsibility while allowing the owner to achieve maximum leverage over the contractor, through controlling the work description, change orders, and payment and warranty procedures in the contract. Each party at the same time wishes to minimise their risks- this is the second risk.
Contracts are drafted based on the requirement of the project, budget, available resources, site conditions etc i.e. the risks.
Owners, contractors, design professionals, architects and engineers in construction, are required to deal with repeated project risks which are common and affect all of them on almost every project. Some risks may be common to all projects, and some risks may be unique to some. The major risks that have been identified and which affect most design and construction contracts include Legal risks, permits, licenses, laws and regulations, change in the laws, e.g. change of land use by the government, disregard of the law by the parties, differing site conditions, construction defects and delays due to extension of time. Extension of time request not granted may result in a dispute and/or suspension of work; suspension of work results in delay which may result in escalation of the budget.
More or less, all the above risks occur, on almost every construction project. It is therefore imperative for the parties, preparing contract documents beginning with the tendering process, to identify the risks most likely to raise their heads on particular projects and to provide measures for dealing with those risks within the contractual framework.
We are going to look at the risks involved in the construction project which play an important role in the successful completion of the project.
Risks in a construction project can be broadly classified into Construction risk and Financial risk

The delay in a project will directly be related to more expenses, and liquidated damages could be awarded.
A written contract would be able to allocate risks to save time and money in the execution of the project. Contracts are the medium within which project risks are allocated and dealt with. The form of contract used for each project is critical to the potential for optimum performance and execution of the project.
Thus, a poorly drafted contract is a distinct risk which the parties to the contract carry throughout the contract duration. Whereas a good contract document provides clear roadmap to avoid and resolve most of the issues that may occur during the currency of contract, gives control to the parties to contract to handle the issue, avoids imposition of default legal provisions and also the loss of time and efforts to protect the interests of parties in the contract and increases the success rate of the project.

Good Article. It covers so many aspects in few words. Please expand ‘Stake Holders’ to also include End Users (like flat buyers, employees of an office, customers of a hotel etc.) Operators (of hotels) and Financiers. If you can share your email id, I can send a write up on the ‘Process of Formation of Contract’ based on my rich experience (as a Design Engineer+Construction Engineer+Contractor’s Engineer+Client’s Engineer+PMC’s Engineer and from 2006 as a Techno-Legal Arbitration Counsel) aggregating to 50 years.

Could you please share with us the correlation between Contract Document/arbitration and Public Policy? My email id is tenzinpemacivil12@gmail.com

A short discussion on Construction Claims and Disputes

Force Majeure comes to the limelight due to COVID-19

Author: Mohana Raje - Director
Learn more about Force Majeure, which refers to inability to meet the contractual obligations attributable to contractor side or client side or both...
Read More