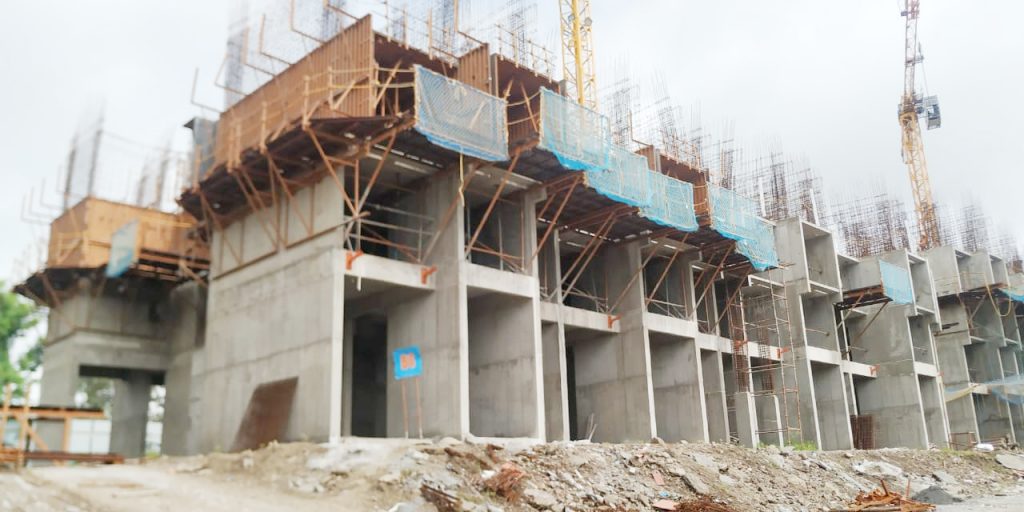 Tunnel form is a formwork system that allows casting of walls and slabs in one operation resulting in a cellular RCC structure. It combines speed, quality, and accuracy with the flexibility and economy of in-situ construction. The system creates an efficient load-bearing structure for use in a wide variety of applications. It is particularly effective in projects suited to repetitive cellular construction such as residential blocks, hotels, student accommodation, barracks, and prisons
Though the Tunnel form technology is more than 50 years old, its adoption in India has got traction only in the last few years.
The system creates an efficient concrete wall slab load-bearing structure for use in a wide variety of applications. The typical assembly of various elements of the tunnel formwork system has been shown in Picture # 1 below. It is most suitable for mass housing & fast build projects which require more repetitions at a faster rate of buildings construction. While the initial cost of formwork is very high, it is more than made up by faster construction, number of repetitions, zero rework, and low maintenance cost. 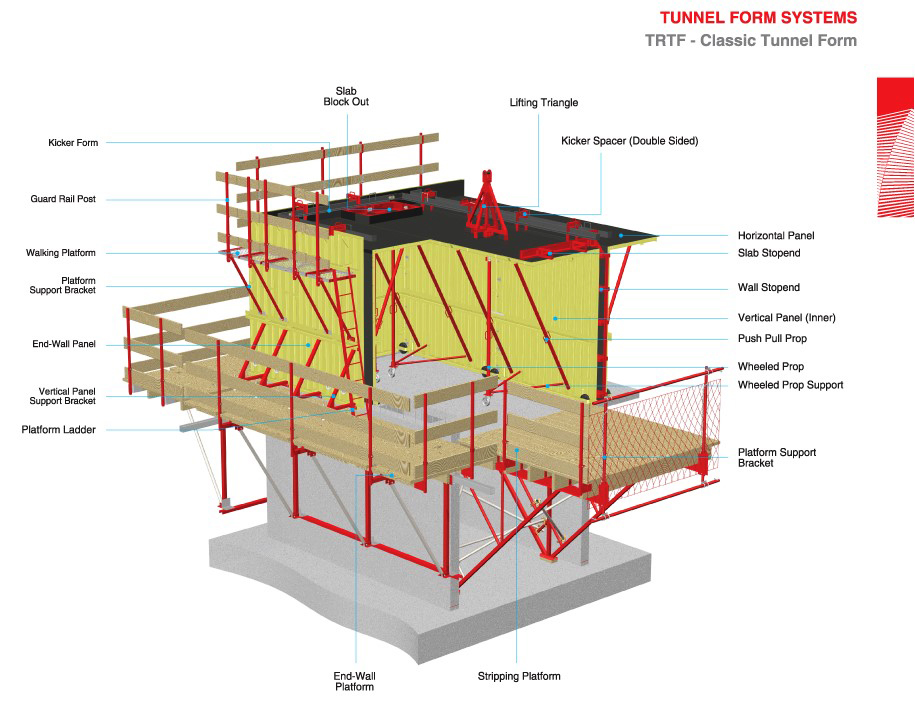 GEM has been appointed as a project manager by one of the reputed developers in India, at their project in Pune wherein tunnel formwork system is being used. This is our first experience with the Tunnel form technology. The project has a built-up area of 13.83 lakhs sq.ft. in (Phase 1) out of which about 10 lakhs sq.ft. built-up area will be made using tunnel form. RCC part of each of the 22 story buildings is planned to be completed in just 4 months with half set of formworks. The tunnel forms can thus be released and be available for Phase 2 of the same project!
Tunnel form technology like any other new technology requires attention to many aspects and challenges of construction in a different manner than in conventional works. Some of these challenges may be:

At the same time, Tunnel form technology offers many advantages over conventional beam-column-slab construction which may overcome above mentioned challenges faced by designers, construction managers and contractors. Many of these advantages hold good even when it is compared with monolithic slab-wall type of construction using Aluform (popularly known as Mivan technology).
Major Advantages of Tunnel Form System:

If the technology is adopted right from the planning and design stage, project costs savings up to 25% can be achieved.

Tunnel form was used by LNT long back. To use it in housing is good initiative. Would like to have follow up article in this sharing experience esp the sequence cycle planned & achieved

How broken is your Plan Do Check Act (PDCA) cycle?

Author: Shashank Vaidya - Director
"It is not enough to do your best; you must know what to do, and then do your best." said Deming, condensing Quality Management System into a single line.
Read More

Who comes first onboard – Architect or Project Managers?

Author: Shailesh Mirkar - VP Operations
Are human resources fungible? How do changes in leadership and project teams impact the continuity of a project? This article delves into human resource is not only one of the most vital resource for project delivery, but also the most difficult to manage.
Read More